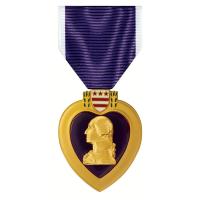 On August 7th, the annual Purple Heart Day, the Town of Allenstown and the Economic Development Committee (EDC) held a ceremony to proclaim Allenstown becoming a Purple Heart Community and to honor our local hometown veterans.

The ceremony, organized and led by Rich Caruso, was held in the Allenstown Community Center on Whitten St. and attended by selectmen, EDC members, school board members, residents, and veterans. 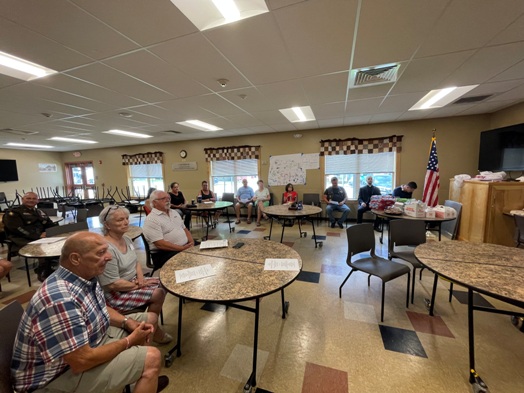 A folded American flag, a case of military dog tags, and other memorabilia were placed at a table in the middle of the room by General Don Bolduc. The folded flag is traditionally presented at a military funeral, and precisely folded 13 times. The 72 dog tags were reminders of the men under his command who were lost in battles in Afghanistan. The small statue with boots, rifle, and helmet was a memorial tribute to fallen soldiers. 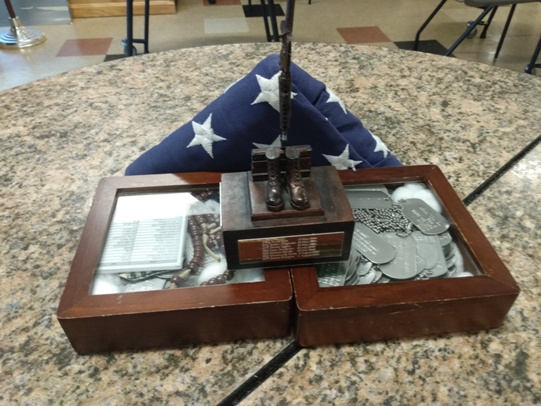 The ceremony proceeded as follows.

Jennifer Mitchell led in the singing of "God Bless America." 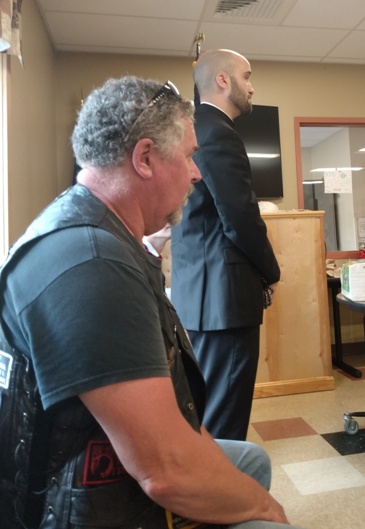 Rich Caruso led the recitation of the Pledge of Allegiance and the singing of "The National Anthem." 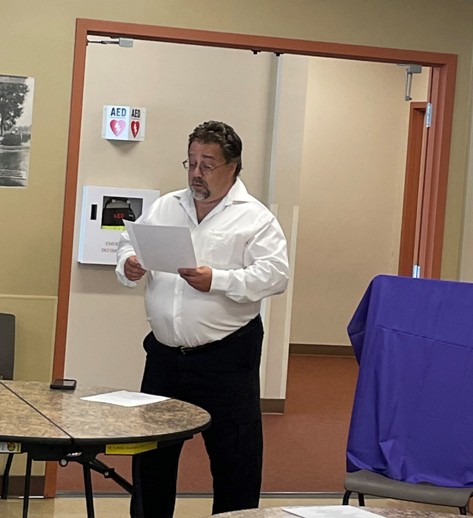 General Don Bolduc, Military Order of the Purple Heart (MOPH), addressed the attendees and spoke of his military service and the significance of the Purple Heart medal. In his 33 year U.S. Army career, he commanded Special Forces in Afghanistan and was Commander of Special Forces Africa. By the end of his career, he had received two awards for valor, five Bronze Star medals, and two Purple Hearts. He has been awarded the Defense Service Medal, the Defense Superior Service Medal, Legion of Merit, Army Commendation Medal with Valor Device and numerous awards from our allies. 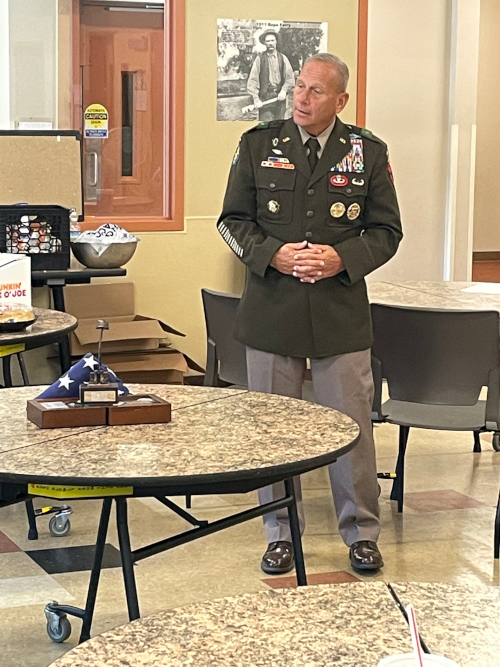 Select Board Chairman Scott McDonald read a proclamation from the Select Board acknowledging that Allenstown was now a Purple Heart Community. 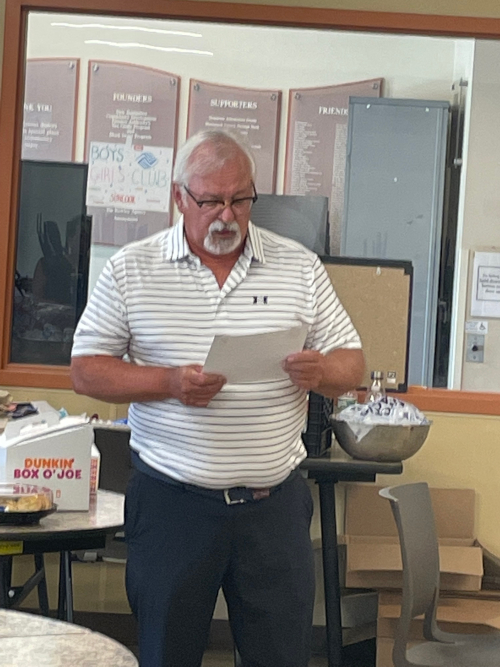 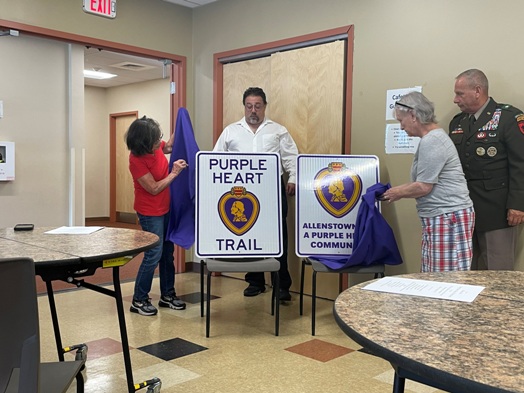 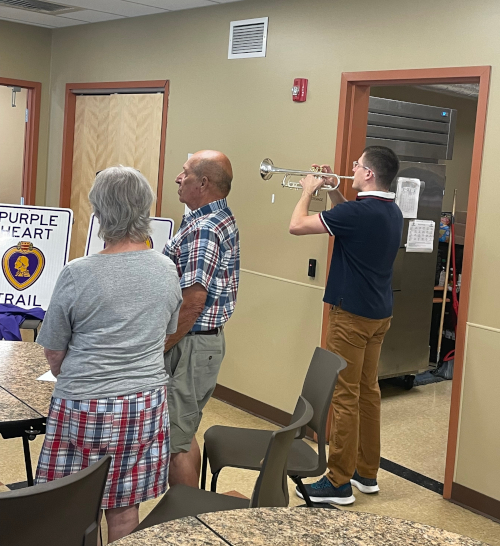 He then led attendees in the singing of "Amazing Grace." 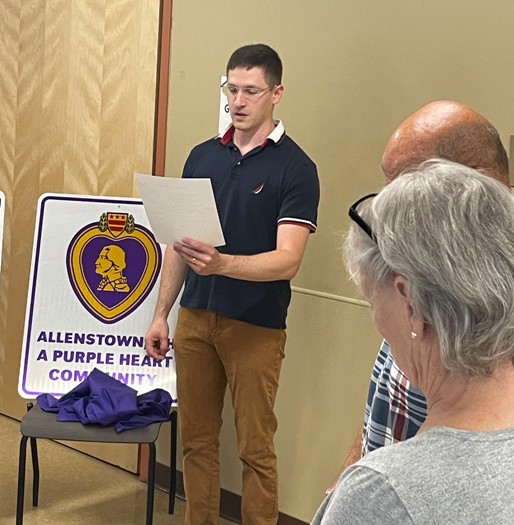 Father Rory Traynor prayed the Benediction that concluded the ceremony.

Rich Caruso thanked people for coming to the ceremony and invited Marie Grella, representative for the Purple Heart Community Project, to explain how a town could become such a community. 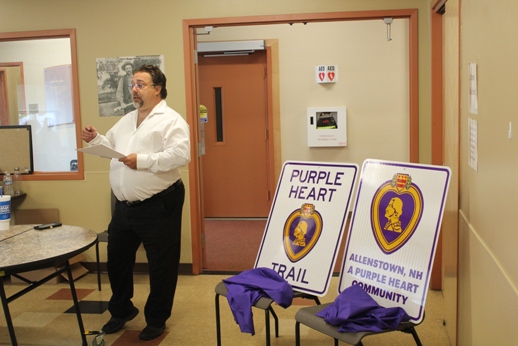 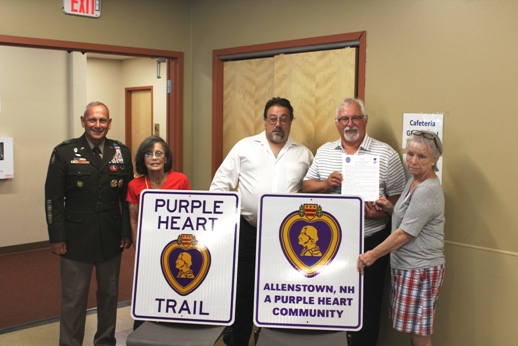 Refreshments were served after the ceremony.

Drive down School Street and take note of the 10 Hometown Hero Banners that now grace our Avenue of Hometown Heroes. These were sponsored by the families of those veterans.

Also, we have a large National Guard facility just north of us in Concord. When you see a service member in a store or on the street, stop and thank that person for dedicating themselves to protecting our country. We are the land of the free because of the brave.

More About the Purple Heart

To learn more about the origin and evolution of the Purple Heart medal and Purple Heart Day, visit veteran.com.