In addition to the major economic win of having the historic China Mill being converted to apartments, the first assisted living facility in Allenstown's history is to be built near the junction of Routes 3 & 28.

This is the company's first foray into New Hampshire and the first major construction project in decades for Allenstown. This is sure to have a significant, positive, economic impact on Allenstown. 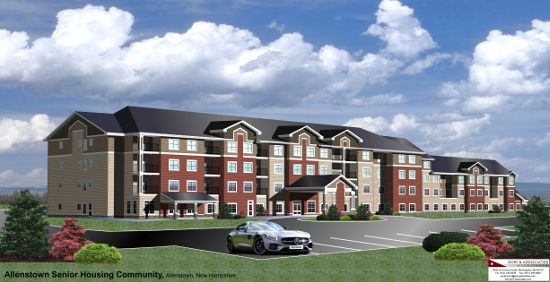 At two Selectmen's Meetings in January 2020, Christian Boysen, a representative for Optimus Senior Living of Massachusetts presented his company's plans to build an Assisted Living Facility (shown above) at Route 28 and Chester Turnpike. It would be 30,000-40,000 sq. ft., provide up to 125 living units, and include a staff of 55 to 70 employees. Due to wetlands at the rear of the property, a four-story facility would be required. Amenities would include a kitchen, chapel, hair salon, exercise and PT rooms, a theater, and organized activities.

The Selectmen approved their application for the business tax exemption. The voters had originally approved exemptions in March 2018.

When the Selectmen asked "Why Allenstown?" he said that the town was the perfect location between two major metropolitan centers. The more they investigated the town, the more they liked it.

The Initial Planning Board Meeting

In May 2020, Mr. Boysen came before the Allenstown Planning Board to propose building a Senior Living Facility. The company had decided that Allenstown would be the best location for their new facility. He also said the company was close to having a plan to submit for consideration.

The First Look at the Site Plan

By mid-July, the Planning Board was reviewing a very detailed site plan submitted by Matt Petersen of Keach-Nordstrom Associates (KNA) and a site plan review prepared by the town planner from the Central NH Regional Planning Commission. The KNA engineer elaborated on how the plan dealt with stormwater runoff. A request for waivers for a reduction in wetland buffers was approved. The application was considered complete but several conditions still needed to be studied and finalized.

At the mid-August Planning Board meeting, a traffic study showed a favorably low number of trips per day. Concerns about water runoff onto a River Road abutter's property were assuaged by designing several ponds onsite to keep all stormwater on the property. The application to build the assisted living facility was approved with a set of typical conditions. A formal Notice of Approval was posted on August 20, 2020.

After some weeks were spent negotiating the final Purchase and Sale Agreement with the seller and then negotiating funding for construction, the first stage, clearing the land, began just before Thanksgiving. The following photos show the progress made over the winter. Rock trucks removed boulders and stumps while dump trucks brought in clean fill. 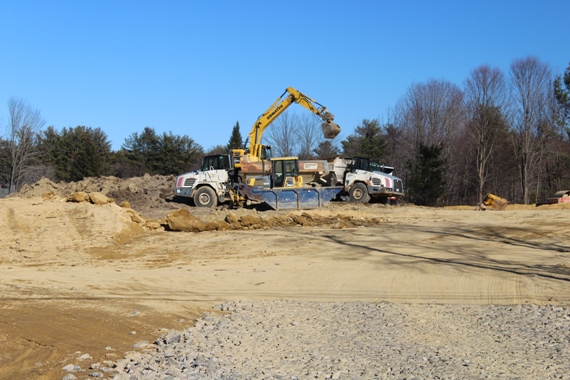 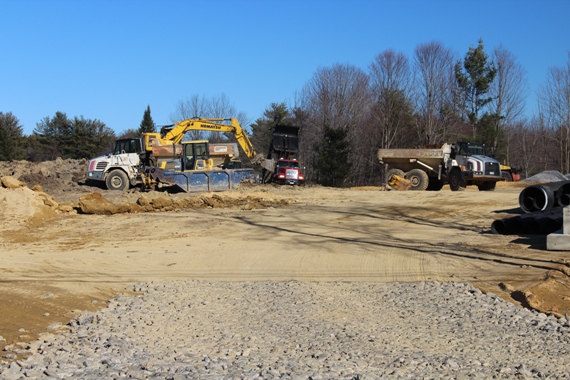 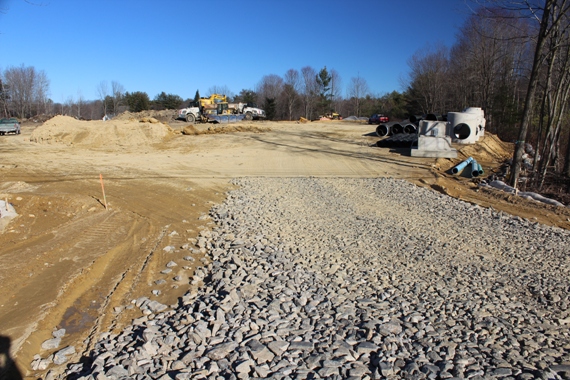 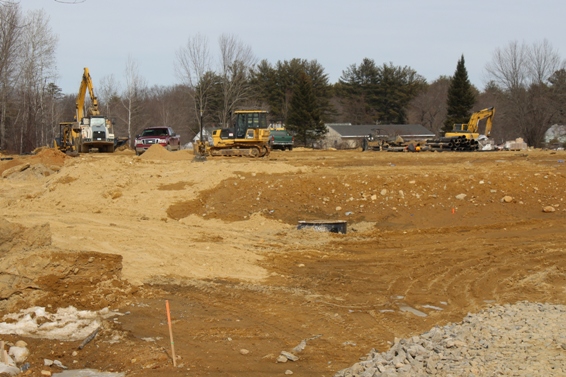 A Closer Look at the Features and Benefits of Hillsbrook Village

Optimus provided a Press Release to help you understand the many features and benefits that this new 118-unit facility will offer. The following is a brief excerpt.

"Michael McCarthy, a founding partner of Hillsbrook Village, credits the Town's resolve during a pandemic to prioritize economic development and its welcoming approach as key reasons for why Optimus of Southampton, Massachusetts continued to pursue such a large project during a pandemic when few would have had the steady nerve to attempt it.

"McCarthy added that what this public-private partnership does for Allenstown, which granted tax-incentives, is add to about 50 full-time and 25 part-time jobs and more business activities while providing Hillsbrook Village easy access to seniors residing in communities from Manchester to Concord who want or need assistive care or a great place to connect with old friends.

As you drive up and down Route 28, keep tabs on the steady progress of this project.